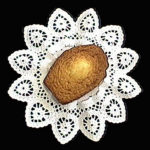 Interference is an exhibition of CIRCLE1 Gallery in collaboration with the Petach Tikva Museum of Art in Israel, presenting the artists Vadim Zakharov, Guy Goldstein and Ariel Reichman, curated by Drorit Gur Arie.

Interference is a type of obstacle, an interruption of the usual order of things, a suspension and disruption of continuity. The featured works refer to various aspects of this notion: interruption of logic and orderly action, whether by narrative shifts, temporal deviations, or sound intervals.

For Vadim Zakharov, creativity is inconceivable without confrontation of the unknown. One must seek the unknown to overcome preconceptions, the limitations of human life and the restricted emotional span. Zakharov operates in indefinite, liminal states, exploiting the freedom spawned by a cul-de-sac. His work has an inner logic all its own, corresponding with philosophy, history, language, and mythology. In Dictators on One 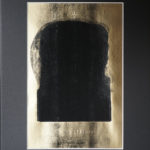 Page (2016) he culled multiple portraits of Hitler and Stalin, approximately one hundred different portraits of each, which he detached from their background. He subsequently printed only the faces on the other side of the same sheet of paper, so that the visual data duplicated itself, while eliminating the ability to recognize the representative and familiar. Zakharov empties the traditional concept of portraiture and the portrait’s singularity, introducing a parody of the leader, who becomes anonymous and nondescript, akin to currency. In The First Correction to Marcel Proust: The Execution of the Madeleine Pastry (1997) he alludes to Marcel Proust’s magnum opus Remembrance of Things Past (aka In Search of Lost Time). Rather than searching for a trace of life, Proust, he argues, stopped time, hence his formative novel should have been called Within Frozen Time. Zakharov sets out to perform a similar time-freezing act as a gesture indicating a desire to retreat from the bustle and intrusiveness innate to time itself.

Guy Goldstein, too, outlines the course of time. He creates cyclic time which deviates from the linear sequence. The hands of his clocks draw on the same source (a small receptacle of ink), sketching a temporal sequence, while concurrently erasing and eliminating their history. It is a movement of marking, flow, covering, and stratification. In 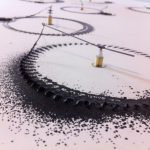 his film and book Propagation, Goldstein lays different narratives one atop the other, generating patches and crosses of a story that has a kernel of truth, originating in an anal situation – dialing to a medical emergency line in fear of a heart attack – with scraps of fiction. As the story gains momentum, however, it grows more dramatic. The chain of events at its core gradually draws away from its original source and implodes into the next story. The narrative fragments which Goldstein put together from Internet databases are accompanied by recordings and original music. As with the clocks’ intervaled motion, here too, while one story is recorded, it erases its predecessor, in a semi-fictive world imbued with horror and humor, mocking the unbearable lightness of data dissemination as well as its very credibility. 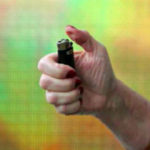 factual. Games involving objects and banal, mundane physical actions are reinforced by the mere repetition of a nondescript act and by virtue of the duration in which nothing meaningful takes place. Resonating with Duchampian overtones, his works cast doubt and challenge the possible materialization of things, juxtaposing pleasure and frustration. In the video piece My Mother You See, She Just Can’t Light a Light (2015) the artist’s mother is seen attempting to light a lighter for the first time in her life. Her hand enjoys the potential embedded in the unfamiliar act and the heat of the lighter, while her failed attempts result in a growing frustration. The manual actions in Reichman’s works are repeated endlessly, leaving both artist and viewer powerless and drained.

This exhibition is supported by Israeli Embassy in Berlin and the Petach Tikva Museum of  Art.