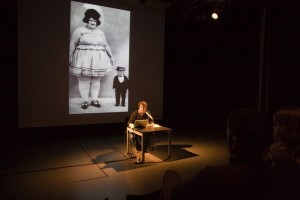 On the night of the Opening (September 19 – Doug Fishbone, Karen Russo, Nir Evron & Omer Krieger), Doug Fishbone will be performing one of his celebrated comic slide-show lectures, taking his audience on a journey through his mildly warped imagination. come join us at 18:00 on the opening night.

Illustrating his narration with hundreds of images downloaded from the internet, Fishbone presents a new form of story-telling that sits strangely at the crossroads between high and low, leading one critic to describe him as a “stand-up conceptual artist”. 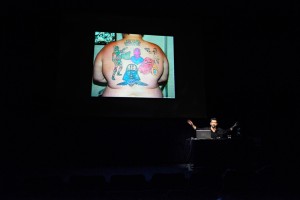 His work functions as a form of visual rhetoric that employs strategies of advertising and propaganda to explore the often dubious relationship between image and text, and investigate the relativity of perception and understanding. Fishbone weaves complicated visual and narrative tapestries that recycle the imagery of the mass-media, satirizing many of the outrages and excesses of the contemporary moment in the process.”