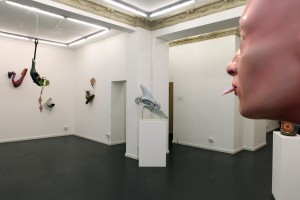 In our current exhibition in Circle 1 we show three exceptional artists. Eli Gur Arie produces what appears to be at first glance sated objects, objects that celebrate a rich existence, imprisoned in an appearance that nullifies every kind of consciousness: too beautiful to ask questions, too spectacular to be troubling. On this basis begins the strange negotiation that Gur Arie’s works conduct with the world. 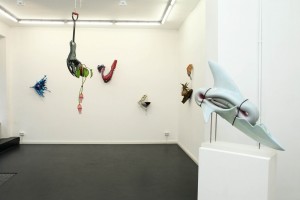 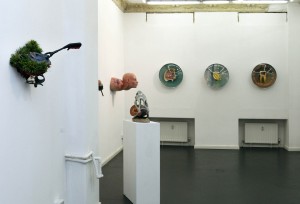 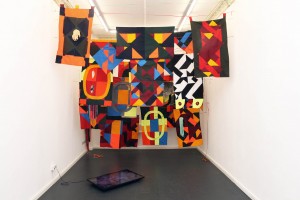 Gili Avissar’s works are modular by nature, moving constantly between performative gestures to object-making. Sculpture, painting, installation, and video performance are Gili Avissar’s main focus of interest as he attempts to uncover his own, as well as the work’s, flesh. He exposes the work from the inside outward, rearranging it in a new order through intense and colourful installations. 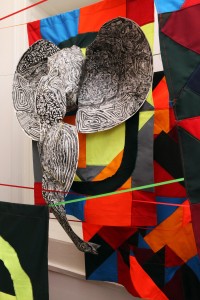 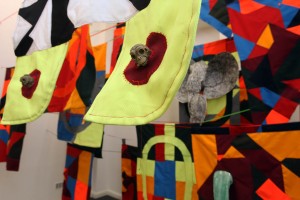 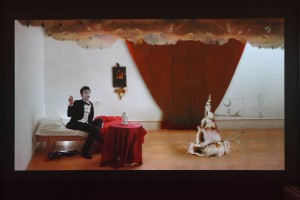 Albert Merino’s works “Autoretrat Compulsiu” and “Hidden Mud” uses the medium of video to deconstruct reality and reinterpret it, using imagery and contextualizing it. In this way, he realizes a work of dissection of the environment where some different temporary stratus converges at the same time, creating a dreamlike and fictive universe between reality and imaginary. 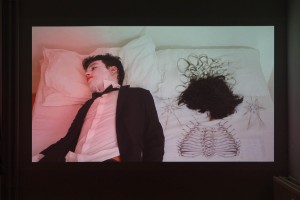