Avinoam Sternheim (1983) presented in our next exhibition which opens on May 17th, builds his works from abandoned materials he finds in his surroundings, which are the sources for his artistic work. He is influenced by tribal cultures, primitive art and the sort of fantasies he finds in horror and science fiction movies.

The works stand on the border between what is real and what stems from a phantom-like dimension. In this way reality and dream-like subjects merge into a new reality, one which doesn’t discern between what there is and what is dreamt. 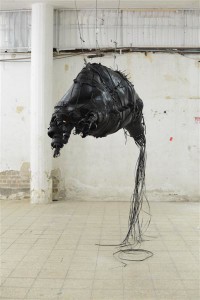 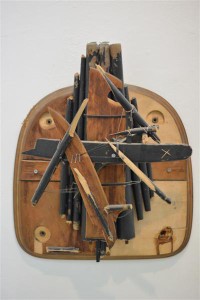