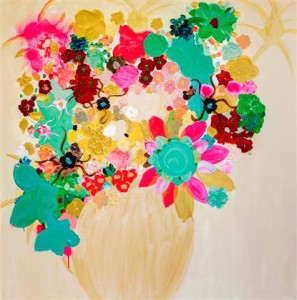 In our next Exhibition, opens on the 4th of April, Circle1 is displaying Alona Harpaz, an Israeli artist who works and lives in Berlin since 2001 and is represented by the Sommer Gallery in Tel Aviv. Harpaz is also the founder of the Infinite Earth foundation. 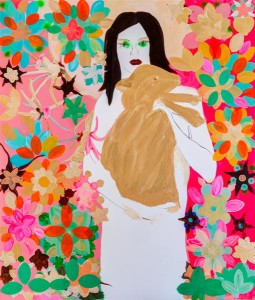 The bouquets of Alona Harpaz with their rich colors, are not about depiction of real flowers and unlike Dutch floral painting whose meticulous rendering describes stages from budding to losing petals, thus standing for a metaphor of human life, these flowers will never die but remain in a static as a frozen image of what painting is.

It takes courage to come back to the great tradition of flower painting which seems to have ended more than a century ago, with Van Gogh sunflowers, Monet’s water lilies, Matisse’s pansies or Bonnard’s anemones. Under the pretext of the subject Harpaz builds wild compositions, researches colors configurations and denies the presence of death characteristic to the symbolism of the theme. Harpaz flowers celebrate painting rather than mourn death and thus shift the role of flower painting towards the act of painting itself. 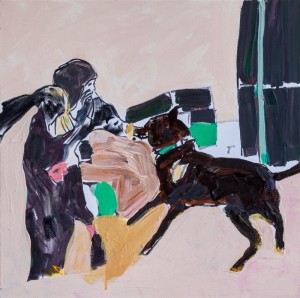