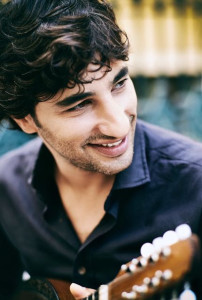 Acknowledged by The New York Times for his “exquisitely sensitive playing” and “stunning agility”, Grammy-nominated mandolinist Avi Avital is one of the world’s most exciting and adventurous musicians. He is deeply committed to building a fresh legacy for the mandolin through virtuosic performance in a range of genres and commissioning new works for mandolin.

Avi Avital is the first mandolin 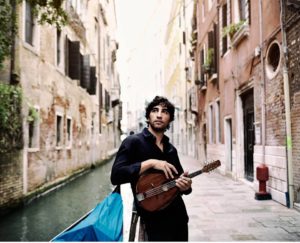 player to receive a GRAMMY nomination in the category “Best Instrumental Soloist” (2010) for his recording of Avner Dorman’s Mandolin Concerto (Metropolis Ensemble/Andrew Cyr). He has won numerous competitions and awards including Germany’s ECHO Prize for his 2008 recording with the David Orlowsky Trio and the AVIV Competition (2007), the preeminent national competition for Israeli soloists.

*Ticket price: 10€. Tickets will be sold at CIRCLE1 on the evening of the concert starting 18:30.