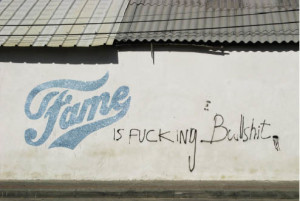 In our next show we will host the exhibition “Reclaim Fame” by Yochai Matos. In his work, Matos uses the staple images of modern culture; whether simple or iconic, these are images imbued with layers of replication and recycling. Matos’ work explores the materiality and the social relations around public space as a property. Practicing in two fields; on the streets and inside the established Art world – Matos searches the cross points between the two disciplines. 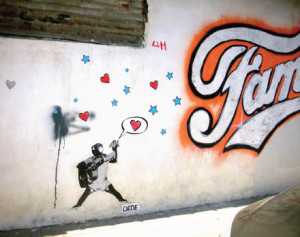 Reclaim Fame follows a chronicle of a street intervention from 2006; the logo of the fundamental American television series, Fame (1982-1987), was applied with blue glittering dust on an old building in a southern neighborhood of Tel Aviv. Initially researching after lost imagery and iconic glory, the “writing on the wall” begot a vigorous conversation of responses, vitalizing the decaying image and eventually forming it to a negotiable object; Matos goes back to the streets and reclaims his own artifact by literally peeling the fame off the wall. 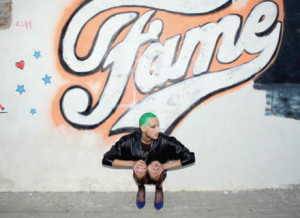 The act of ‘stealing’ repeats in Matos’ practice through the years both in form and action; it is an attempt to ponder upon the sovereign life of an Art Object as an artificial entity. This ontological research questions not only the artworks’ role in contemporary society but its commodity status and it’s certainty on the street; By misplacing his work between the street and the gallery, Matos commodifies his street object as a transposable “piece of art”, while the trails of the absent work on the street mark a new transformation of the object.

The display of object oriented evolution undermines itself and echoes over two topographical locations flooding the tension and anxiety between glam, publicity, eternal triumph and it’s genuine temporariness, all superficial and perishable. 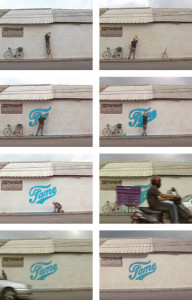