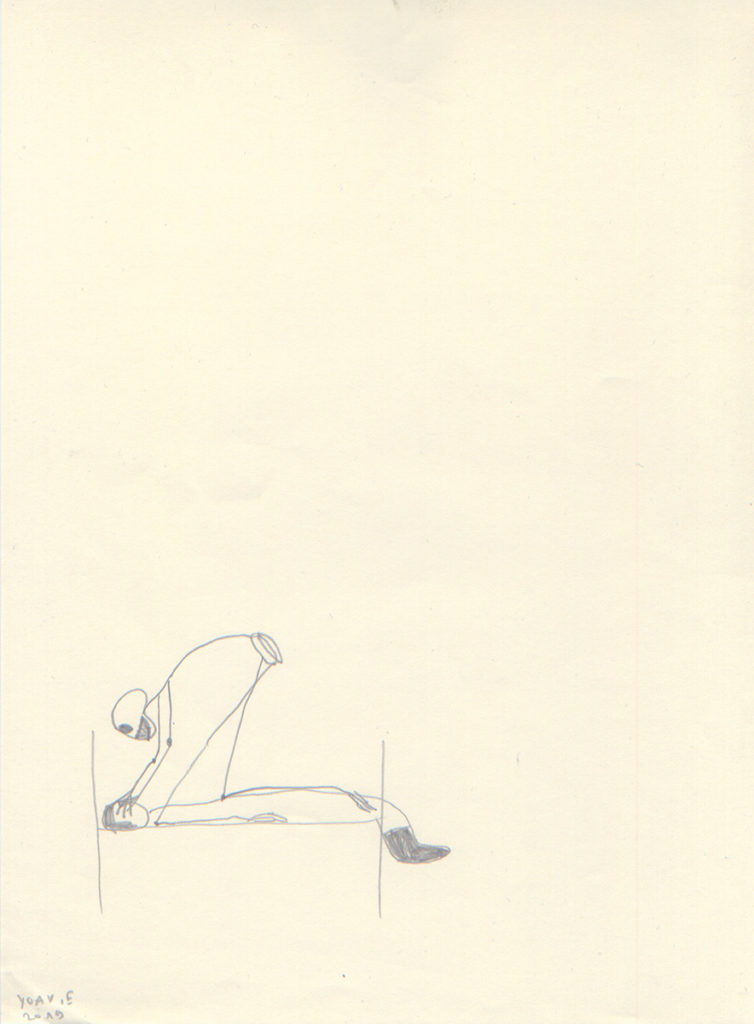 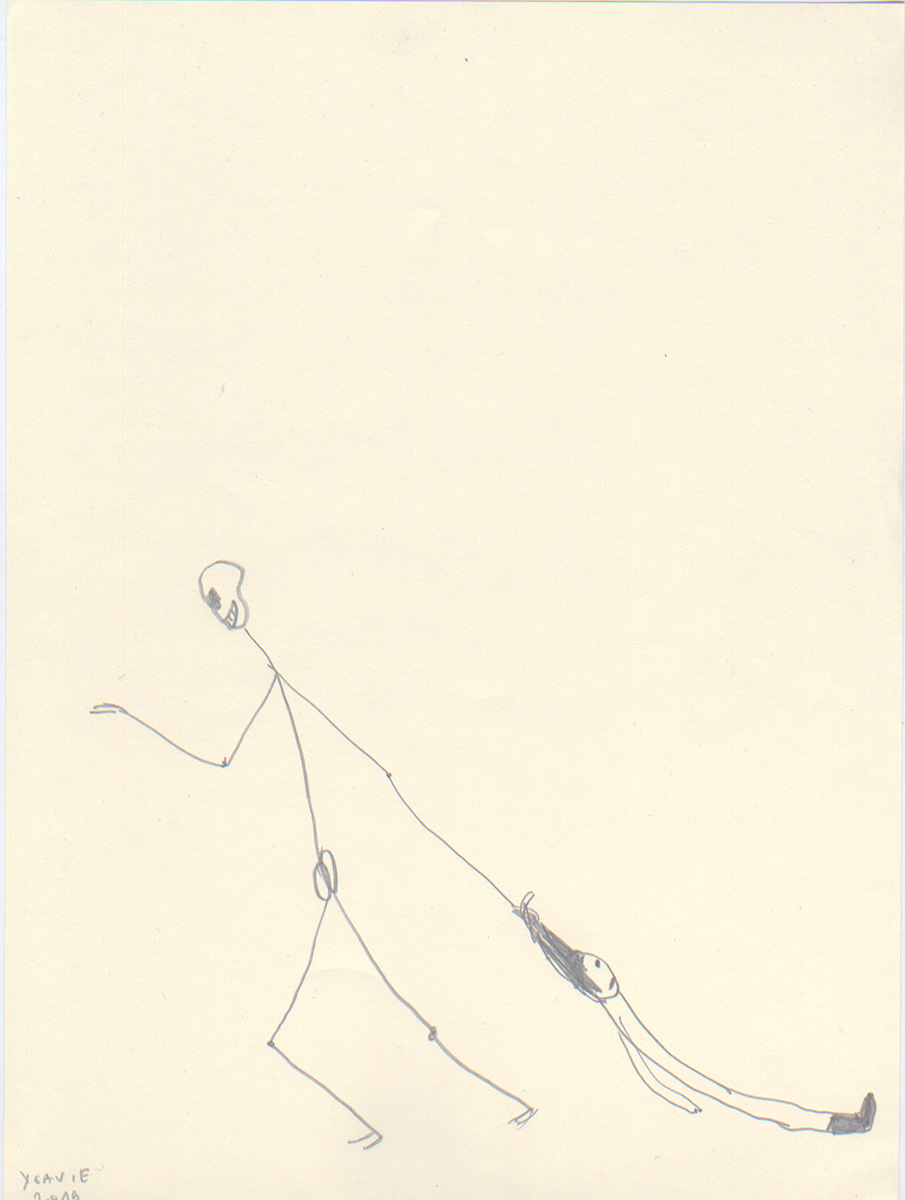 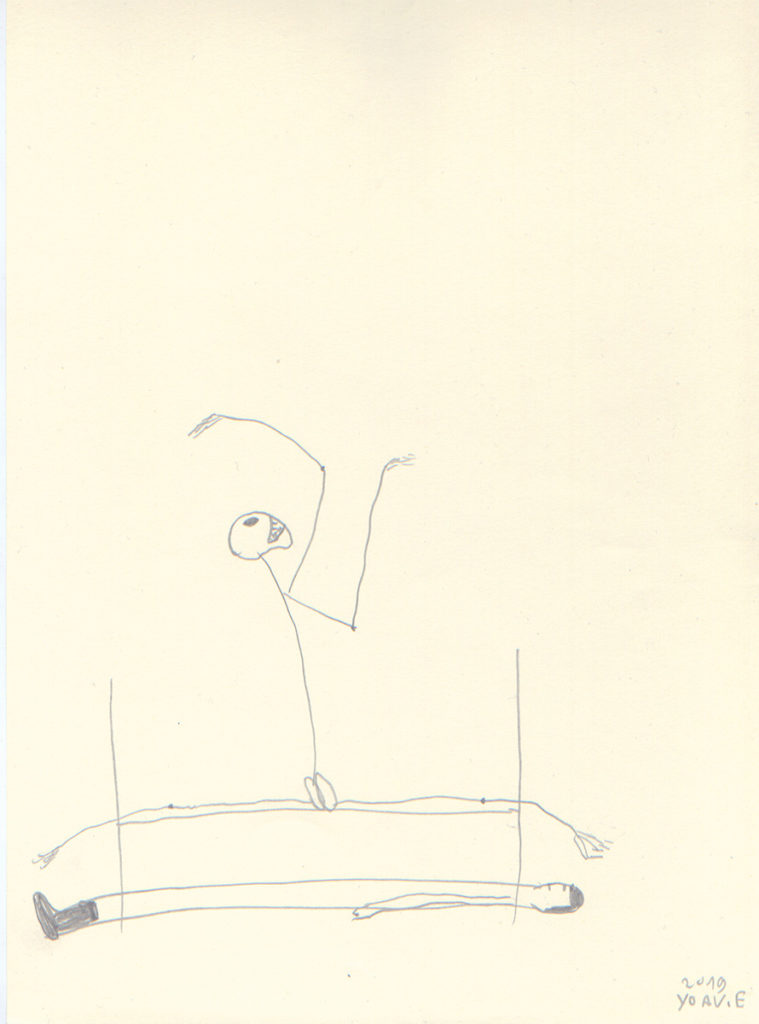 Yoav Efrati (born in 1965, Tel Aviv) studied at Bezalel Academy for Art and Design in Jerusalem.

Drawing has been dominant in Yoav Efrati’s work since the early 1990s, and since 1997 he defines himself as a draftsman. Efrati’s drawings are at times full of expression, at times blatant, and at others, as here, they are enigmatically reductive, concise and restrained through a process of resignation. Focusing on ascetic drawing in a small format, at times using a very hard pencil that marks/engraves a thin line on paper until the image almost disappears, is a kind of reduction of the artistic act, of the artistic object, of the image itself.

The world is not at the center of Efrati’s work—certainly not the seen world, nor art and its history—but rather, the family, childhood,
ordinary people and “secondary characters”: mother, father, child and their variations (man and woman, woman and child, etc.), which are lonely even if at times accompanied by other images, animals, forms and objects. 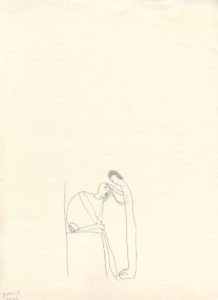 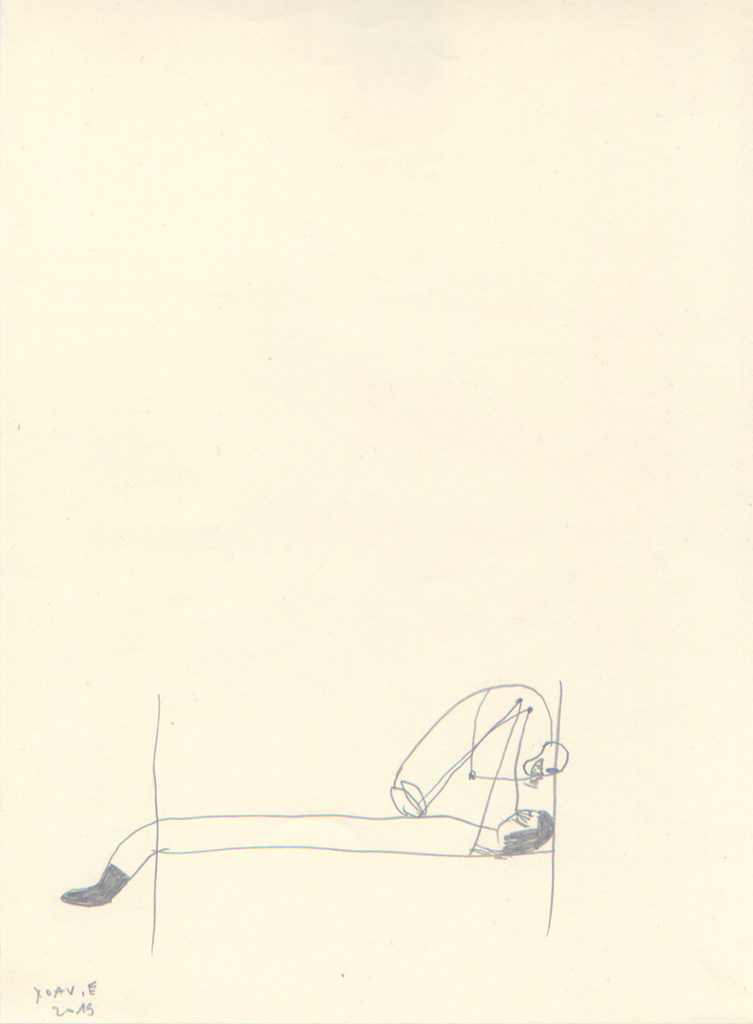 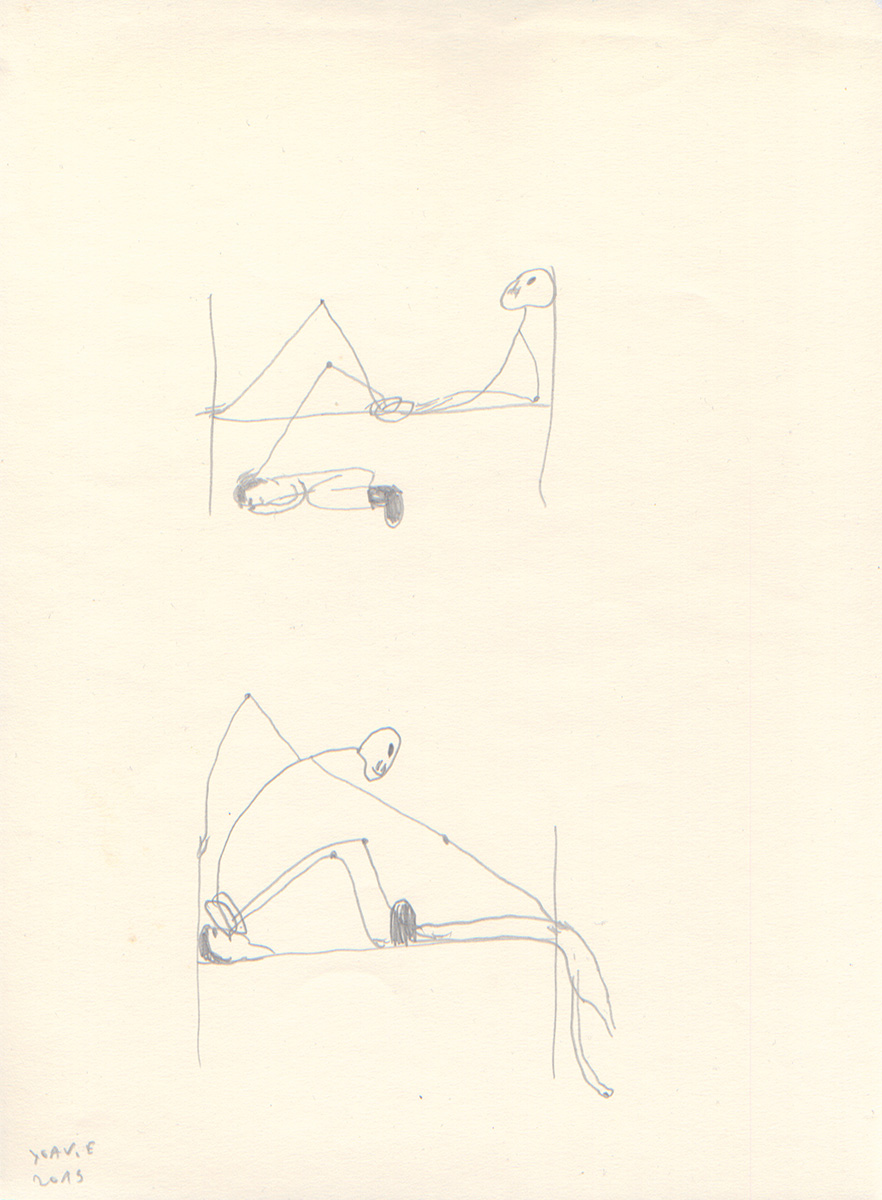