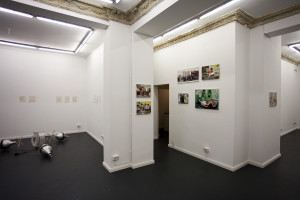 Among the pieces exhibited in our current exhibition are Zoya Charkassky’s paintings. Zoya is an Israeli painter born in Kiev. A few years ago she was quoted regarding her unique outspoken way to deal with the Israeli identity & Judaism: “it was never my intention to shock Holocaust survivors. They have had enough shock and horror in their lives. For me it is about coming to terms with such things. If that’s the way a Jew is drawn – then perhaps that’s what he really looks like, perhaps there’s something to it.” 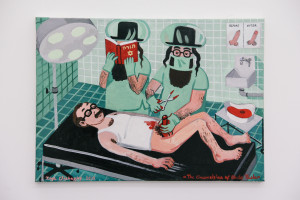 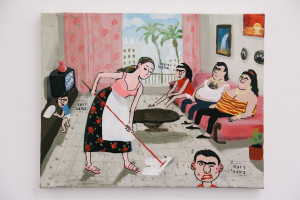 Eldar Farber’s figurative-realistic landscapes, which have been depicted by classic German painters, look as if they belong to a different era. By holding different contexts, beauty and memory, they raise questions as for the timelessness of nature despite destruction. 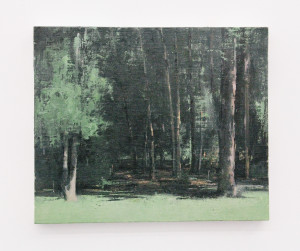 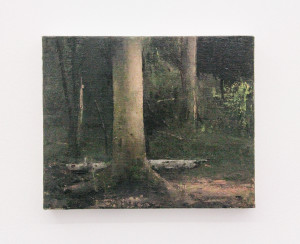 The sculpture “Artist and Model“ by Gil Shachar is inspired by Giussepe de Ribera’s painting from 1632 “The Sense of Touch“. Ribera’s painting depicts a blind old man feeling with his hands a sculpted head in an attempt to comprehend it through touching. Next to the head, on the table, lies a painting, probably cast aside by the blind man after failing to understand it through his fingers. 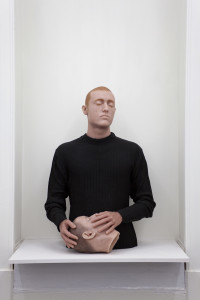 Yoav Efrati with his expressive unconstrained sketches creates a world of small human beings with a complicated life routine that projects emptiness but still maintain an extent of intimacy. 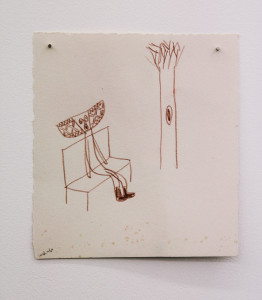 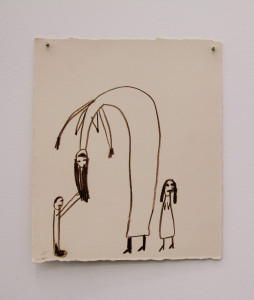 Michal Helfman is an installation artist with an enchanting strength. Her video “A duet for a boy and a flame” is based on a text by Freud in “The interpretation of dreams”, and it confronts the youth’s passion for life with death. 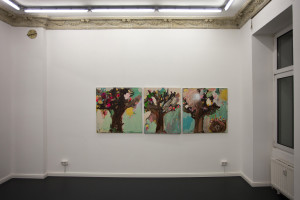 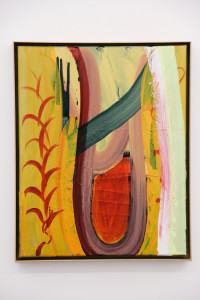 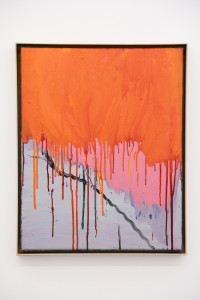 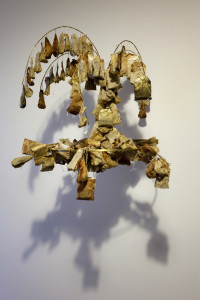 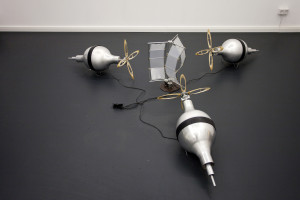