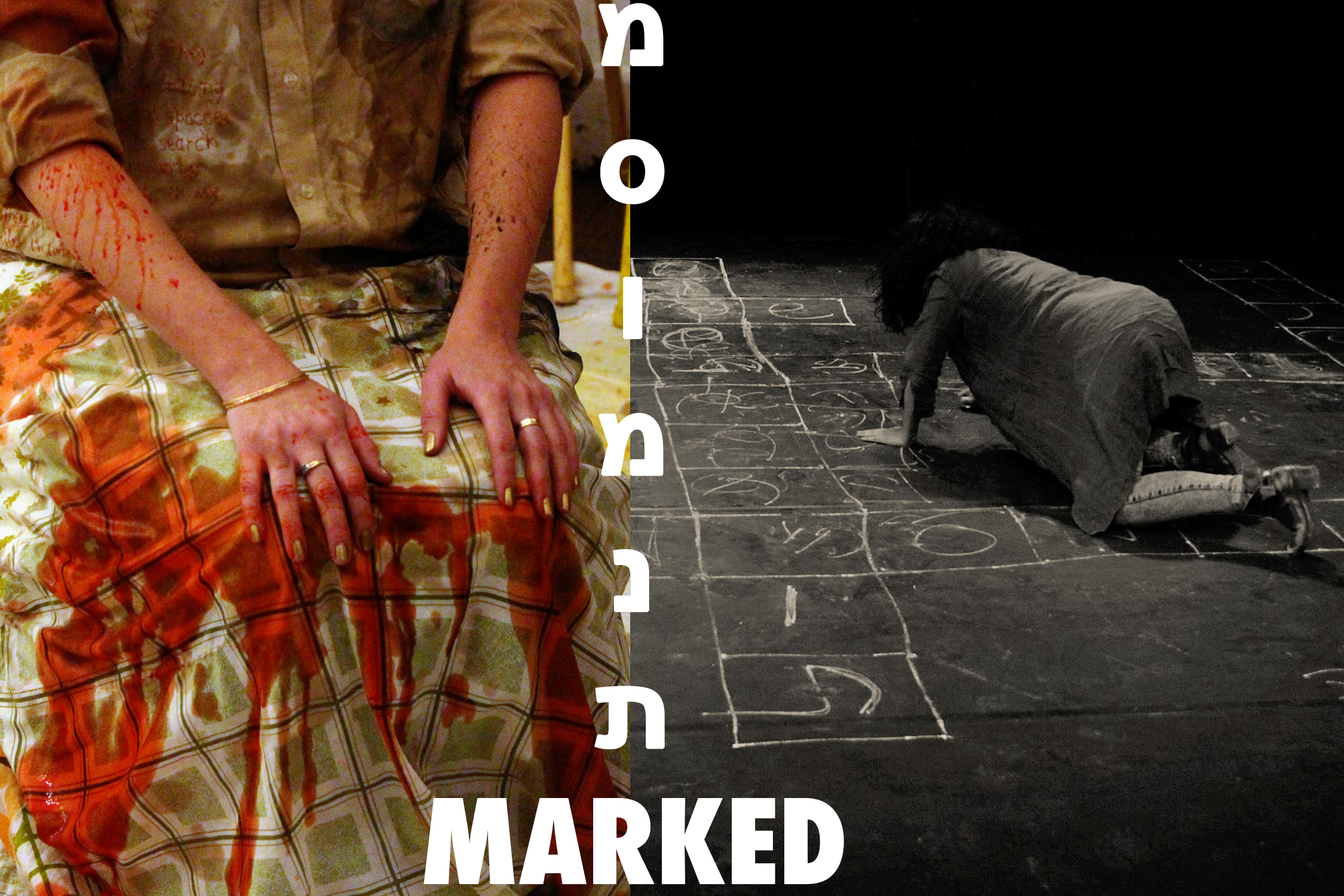 Acting in a political-social space, the artists are influenced by the implications of their Jewish heritage and Israeli nationality. They are marked and leave marks as they move. In this event, both artists will share their experiences – which are sometimes common and sometimes personal – of this movement in relation to the cultural and national collective.

They will present the feeling of following or resisting social norms and will react to it from the point of view of being women.

‘I limit my space with should and should not instructions, right and wrong, permitted  and forbidden, necessary and needless, profound and superficial,  more and less, promoting and inhibiting, In and Out of trends, simple and special, fattening and slimming, much and less, beautiful and ugly, healthy and unhealthy, fascinating and boring, meaningful and insignificant, sufficient and lack`.

We surround ourselves with ideas and beliefs, with social norms and conditionings with concept and rules that limit us and control our life.
We strive for being free but we live within defined conceptual boundaries, regarding success, the right lifestyle, happiness, goals and achievements which  completely dominate our mindset.
Throughout the piece the performer re-examine these fixed and fixating set of believes. She tries to understand what is the role of those believes in our life, why do we insist on keeping them, how our life would be once we are free of our limiting beliefs and whether it is possible at all.

Mica Dvir is an interdisciplinary performer. Her performances are social and political and deal with themes such as social conditioning and their control our consciousness, attachment to objects and ideas, the individual vis-a-vis the collective, the Israeli occupation of the West-bank, collective memory and its influence on individual’s behavior.

Our bodies carry our personal and political histories. These histories re-inscribe our internal and external world. Our actions in any social space are to a certain extent guided and shaped by theses scripts; Sometimes, to such extent that we reproduce our ancestral past without any conscious awareness.

Through a four-chapter performance, Liraz re-creates a process of embodying history/ies and being alive as shaped and shifted by the colonial gaze of German and Israeli nationalisms. She explores the inscribed past of previous generations of her family in her own body of existence, marking the connection between the personal and the collective.

Adi Liraz is an interdisciplinary artist. In her work, she often bridges private and public experiences, discourses and spaces. She reflects on her personal and collective identity, particularly on her role in society as a migrant, woman and mother. The aim of Liraz´s work is to generate communication and critical exposure of hegemonic perceptions.

Liraz received a BFA from the Bezalel Academy of Art and Design, Jerusalem (2001) and an MA from the Art Academy Berlin Weißensee (“Art in Public Context, Spatial Strategies”, 2014).  Between 2015 and 2016 Liraz was a member of and a coordinator for actions and event at the Salaam Schalom Initiative, she is a founding member of NOMEN Collective, part of the duo ExDress and member of the Association of Performance Art, Berlin. Liraz has exhibited, curated and performed, among others, at District Berlin (2013), Hysteria collective at Soma gallery, Berlin (2015), COVEN Berlin (2015), Musrara Mix Festival, Jerusalem (2015), 48 Hours Neukölln Art Festival (2015), Month of Performance Art Berlin (2013, 2015), Alphanova & Galerie Futura, Berlin (2016), the art vending machine at the Jewish Museum Berlin (2017) and recently at SAVVY Contemporary (2017). www.adiliraz.com