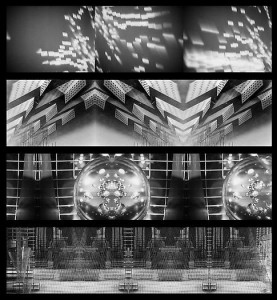 In our upcoming exhibition is Jan Tichy’s work “Things to come 1936-2012 “. Jan Tichy is a Chicago based artist who works at the intersection of video, sculpture, architecture, sound & photography. Tichy is best known for his dynamic use of projected light and video in installations that incorporate objects and architecture.

In his captivating work “Things to come 1936-2012”, Tichy pays homage to the Hungarian artist Laszlo Moholy-Nagy (1895-1946) who was commissioned to produce some of the effects, in one of the most ambitious science fiction film known to that time, “Things to come”- based on a screen play by H.G Wells.

In the end only ninety seconds of the five and a half minutes footage that Moholy- Nagy shot were shown, quoted to be “too rich for any editor to dare use it”. 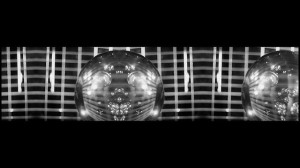 Tichy, among several honors, received the Nathan Gottesdiener Prize, Tel Aviv Museum of Art and has exhibited in multiple galleries and museums such as Museum of contemporary art Chicago(2008), The Israel Museum Jerusalem(2011) and  Architecture Biennale, Venice(2012).