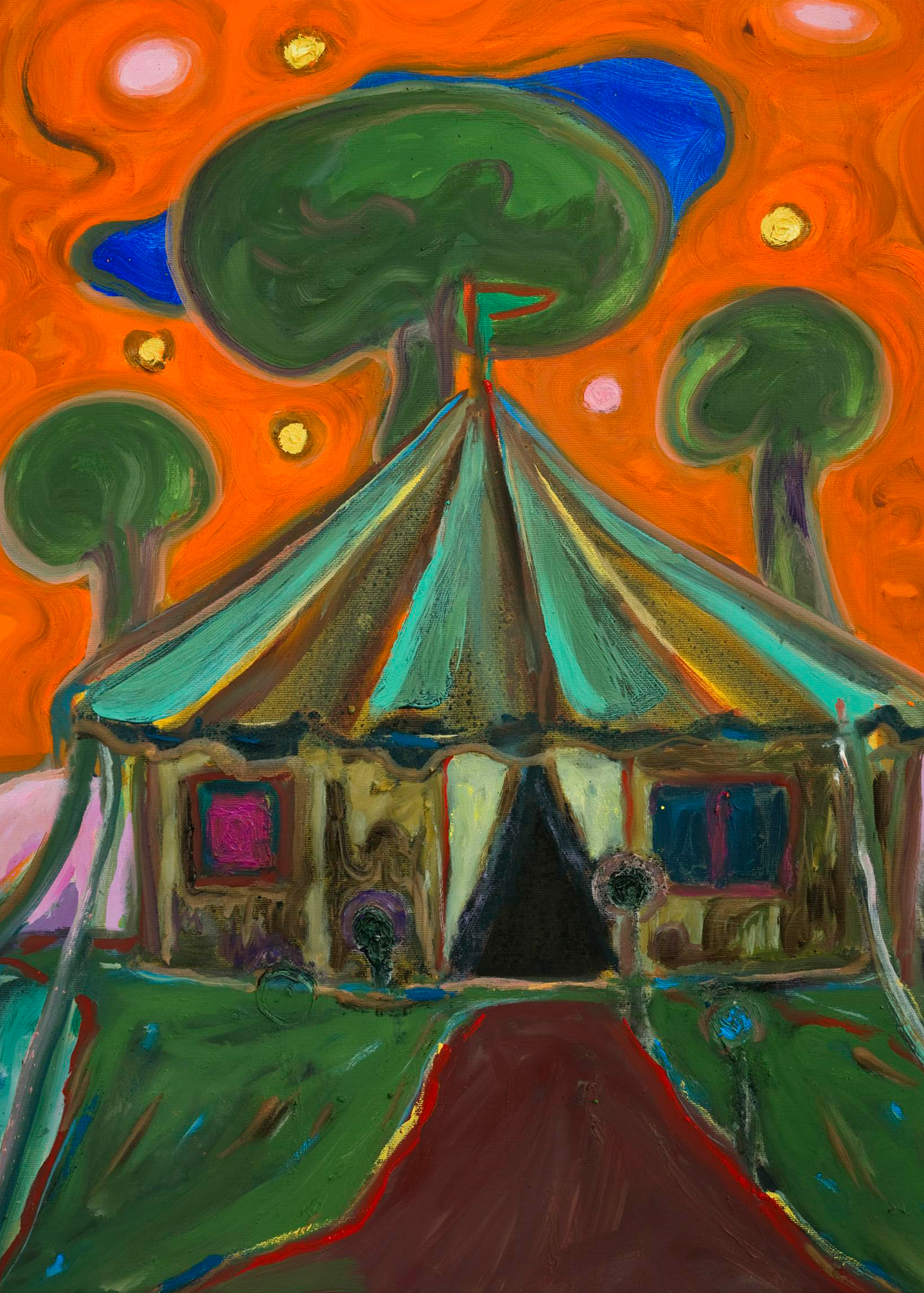 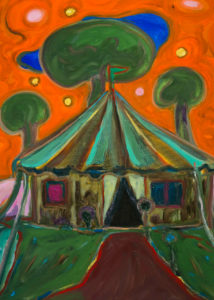 It’s a four men show, on view are their paintings.

With the end of painting behind, and towards the end of the world, they are scavenging from the ruins exhausted symbols to set up a tragic / comic theater.
Blues and Shadows and Moons inhabit their sets. Their protagonists are the lost, the longing and the wandering, the hunted, the beaten-up and the caged.
Mellow in mood and dreamy in temper, their paintings are contemplative and dark, drawn towards a twilight of symbolistic, surrealistic, attentive romanticism.
Thurau’s Moons and Suns, Kühnemann’s Seas and Sail-Boats, aren’t they the requisites for a scene?
A Cloud, the Facade of a House, are they not a backdrop? Stems whose veins go back to Gauguin’s Cloisonnism, where contour defines the objects to separate them, like words forming a sentence, elements confronted and coincide in an arena of hybrid painting.
A veil of mystery is pulled over the paintings, an air of tragedy or disaster.
A black mountain (who might have swallowed an elephant) crouches in the horizon, stares back at us from Thurau’s “Bohemian Raphsody”,
A Killer, a man with a Mattock, Woman with a nightgown sits on her bed, desire, crime and punishment in the drawings of Dan Allon. Hugo Mayer paints crime-scenes, the house of a mass-murderer, trees torn to dust under atomic experiment, his Golem/Scarecrow/Astronaut floats in cubist space.
Pornographic close-ups turned to tiles, by repetition Kuhnemann makes colorful patterns out of them. Hugo Mayer keeps calm, almost informative, facing the image of horror.
Dan Allon’s nightmarish caricatures, drawn point blank at the moment of waking up, then blown-up on the gallery’s walls and window, translate dream material to a functional, graphic descriptions.
The screen, the window, the newspaper. The knife, the scissors, the blues…the Blues! 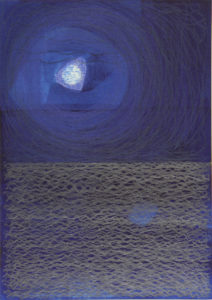