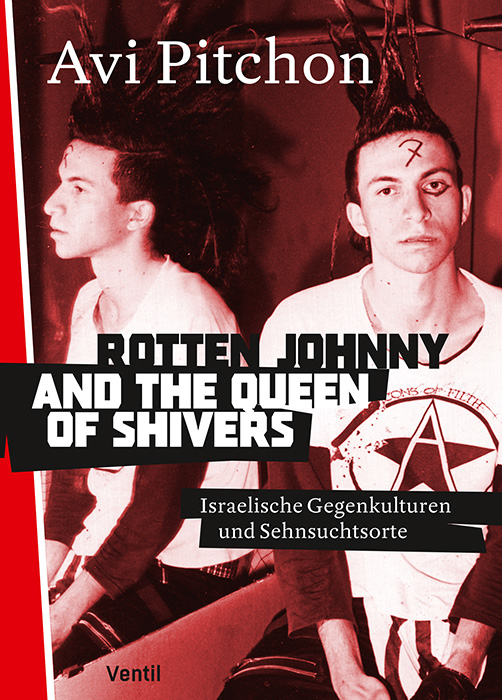 Israel’s musical and political underground of the 1980s, emerging on the background of the First Lebanon War (1982) and the first Plaestinian Uprising (1987), is the subject of Avi Pitchon’s personal book. Pitchon not only witnessed key events in the development of the local punk scene, he was also involved himself in it – forming the first political punk bands in Israel, as well as initiating groups like “Pacifist Youth”. In his book, Pitchon describes a wide inventory of political acts and groups, bands and scenes, albums and individuals, most of which previously undocumented. His starting point might surprise German readers, as he describes the appearance of German disco band Dschinghis Khan in the Eurovision Song Contest of 1979 (taking place in Jerusalem) as the life-changing event taking him on a path that very quickly arrived at punk.
Pitchon’s writing is not distant and documentary but takes the style of storytelling, shifting effortlessly between the personal and the collective. The attempt to understand his personal choice to stand outside the Israeli consensus covers ideas, aesthetics, sound, friendships and relationships. Pitchon also constantly shifts between entering his teenage self and looking back at it with perspective. There is also much humour in his description of the way punk was partly misunderstood or mistranslated when applied in Israel.
“Rotten Johnny and the Queen of Shivers” (the title references sensationalist newspaper headlines about punk in the local press of the time) describes the political significance of a subcultural scene motivated by a desire to be elsewhere, and reaches unconventional conclusions; the search for utopias that send signals from overseas fills the void left by the Zionist utopia. Both Zionism and punk arrived from the West and as such, re-aligning with the West through punk, especially considering the European roots of many Israelis, is more authentic than aligning with the ethos of Israeliness; a cultural continuity with Jewish European traditions of dissidence is reclaimed. Ultimately, Pitchon demonstrates the way Israel’s fringe sheds a light on a paradigmatic break experienced by every Israeli.

Avi Pitchon (b.1968) is an Israeli writer, curator and artist based in London and Tel-Aviv. He has been a pioneer of Israel’s punk scene of the 1980s fronting bands like The A-Sign Brigade and Noon Mem. He has since worked as a journalist covering music and arts, contributing to magazines and newspapers such as Haaretz (IL), The Wire, Terrorizer (UK), and Vice (Germany). He lived in Berlin from 2003-2006 during which he co-curated the group exhibition “Wonderyears” (NGBK/Kunsthaus Bethanien) focusing on Israel’s third generation of Holocaust survival and their viewpoint on the Holocaust and Nazism, and also ran the Berlin office of the band Chicks On Speed. 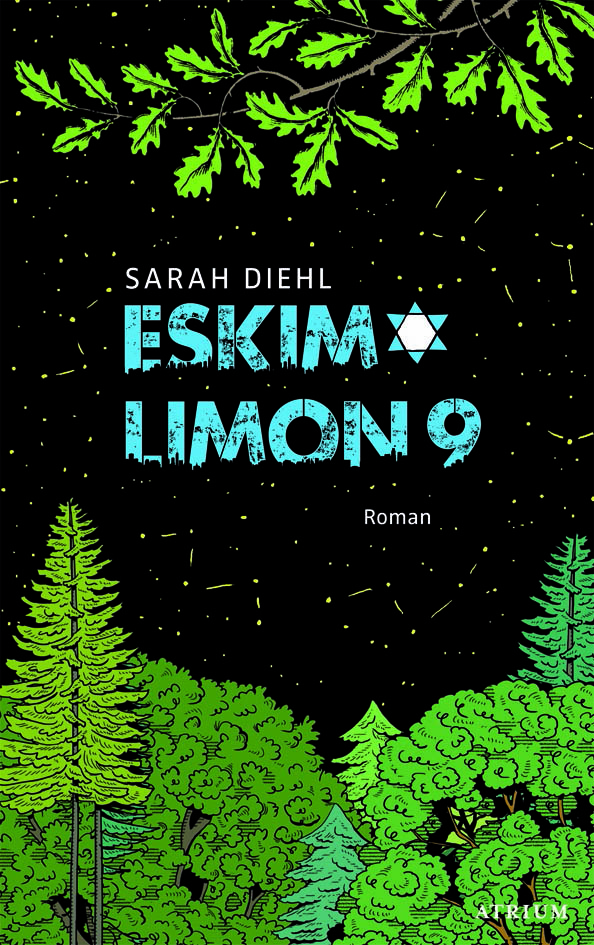 An Israeli Family ends up moving to a small German town. While the husband immerses himself in work, Ziggy, the wife, strolls around the countryside and the 11 year old son tries to make sense of weird conversations he is confronted with at in school

Ziggy meets the odd fellow Koffel and soon they become friends, exercising what happens when two people, who are entangled in historical stereotypes, hang out together in a small town bar, trying to makeeach other understand the complexity of their identity.

The title Eskimo Limom refers to the Israeli popular movies, which are well known in Germany, even though Germans are mostly not aware that they are Israeli productions. It thus represents the lack of German knowledge about Israeli pop-culturewhile being stuck on the only focus on the Shoa and the middle east conflict.

Sarah Diehl is an author and an activist from Berlin. She co-founded Ciocia Basia, a network supporting women from Poland accessing safe abortions in Berlin. She deals with reproductive rights in writing and her award-winning film “Abortion Democracy – Poland/South Africa”. Her last book “Die Uhr, die nicht tickt” deals with the negative stereotypes of childless women. Eskimo Limon is her first novel, her second novel “Das Humboldthaus” is coming soon. 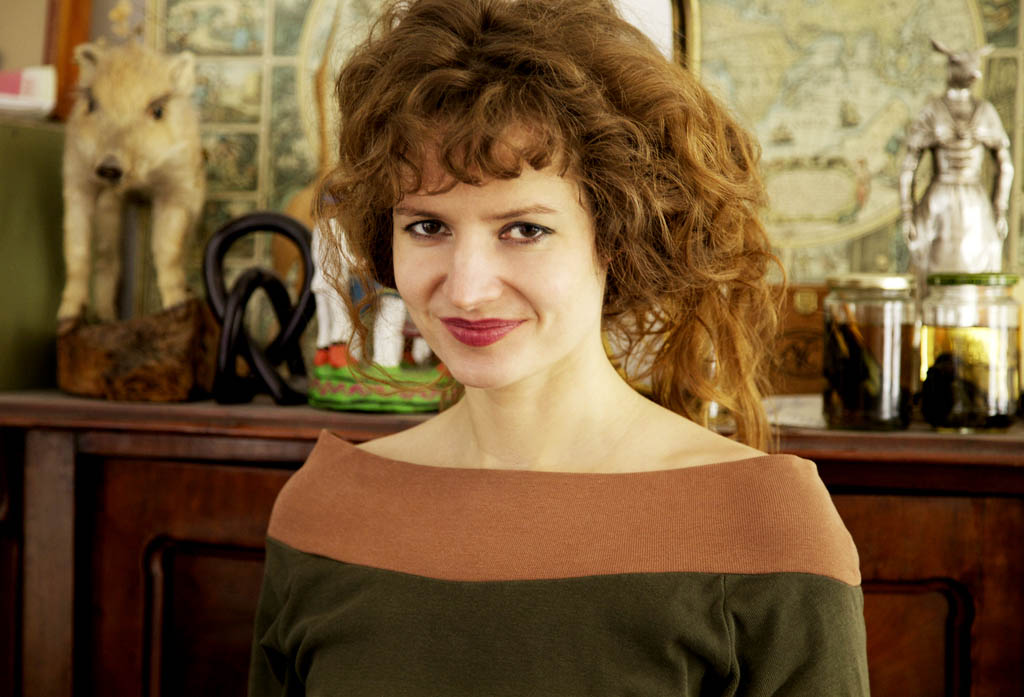 Book reading with the authors

Rotten Johnny and the Queen of Shivers / Avi Pitchon

Free Entry, the event will be held in English and German